Knowing When a Model is Overfitting 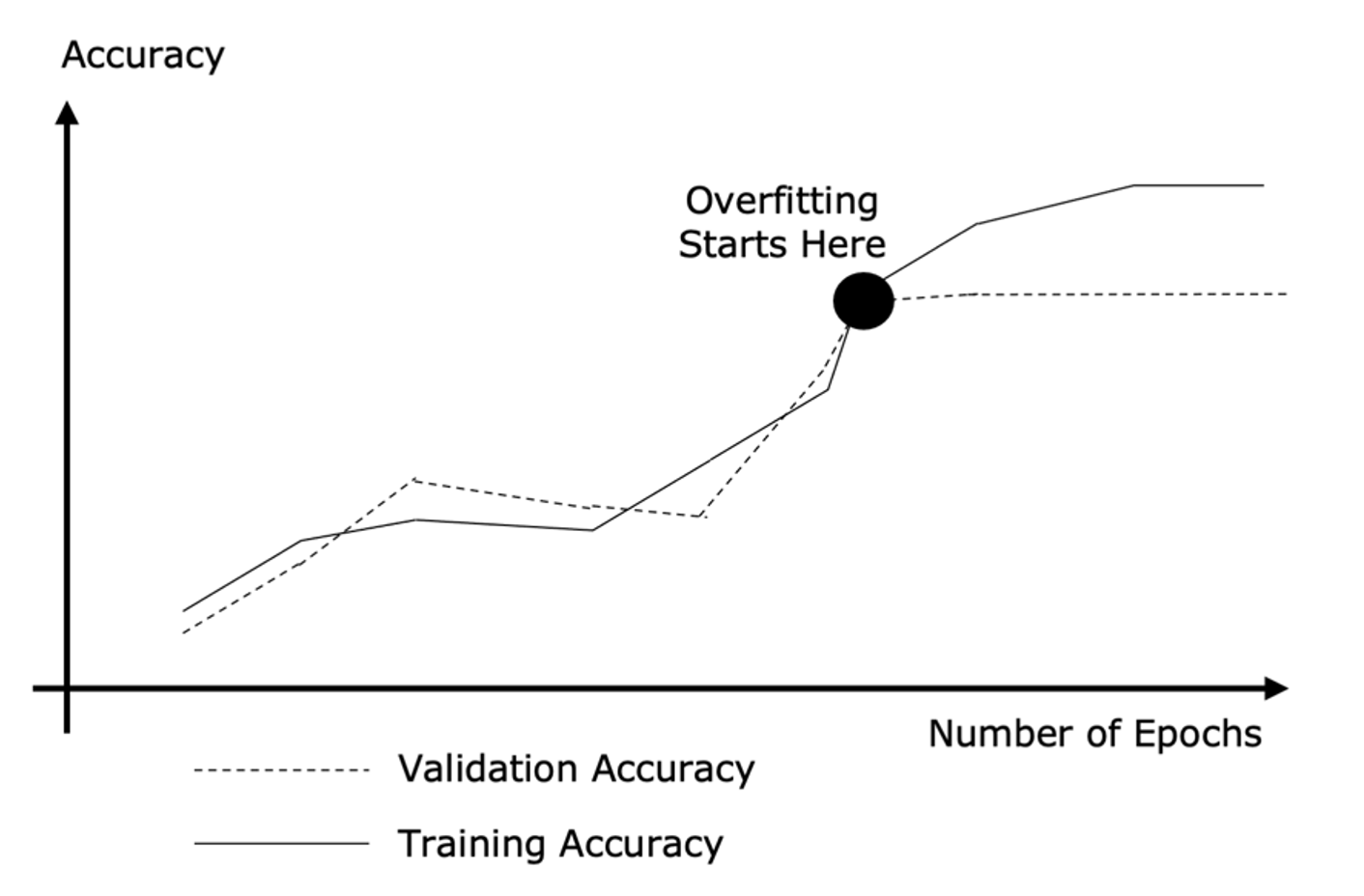 It is critical to understand in which situations a model is overfitting in. A common way of doing this for neural networks is to leverage a validation dataset. The validation set is separate from the testing set, because it is only used during training time. During training, the performance of the model on the training set, which is used to train the model, can be evaluated against the performance of the model on a validation set, which is not used to train the model.

The overfitting begins at the black circle, which is then the training accuracy is consistently above the testing accuracy.