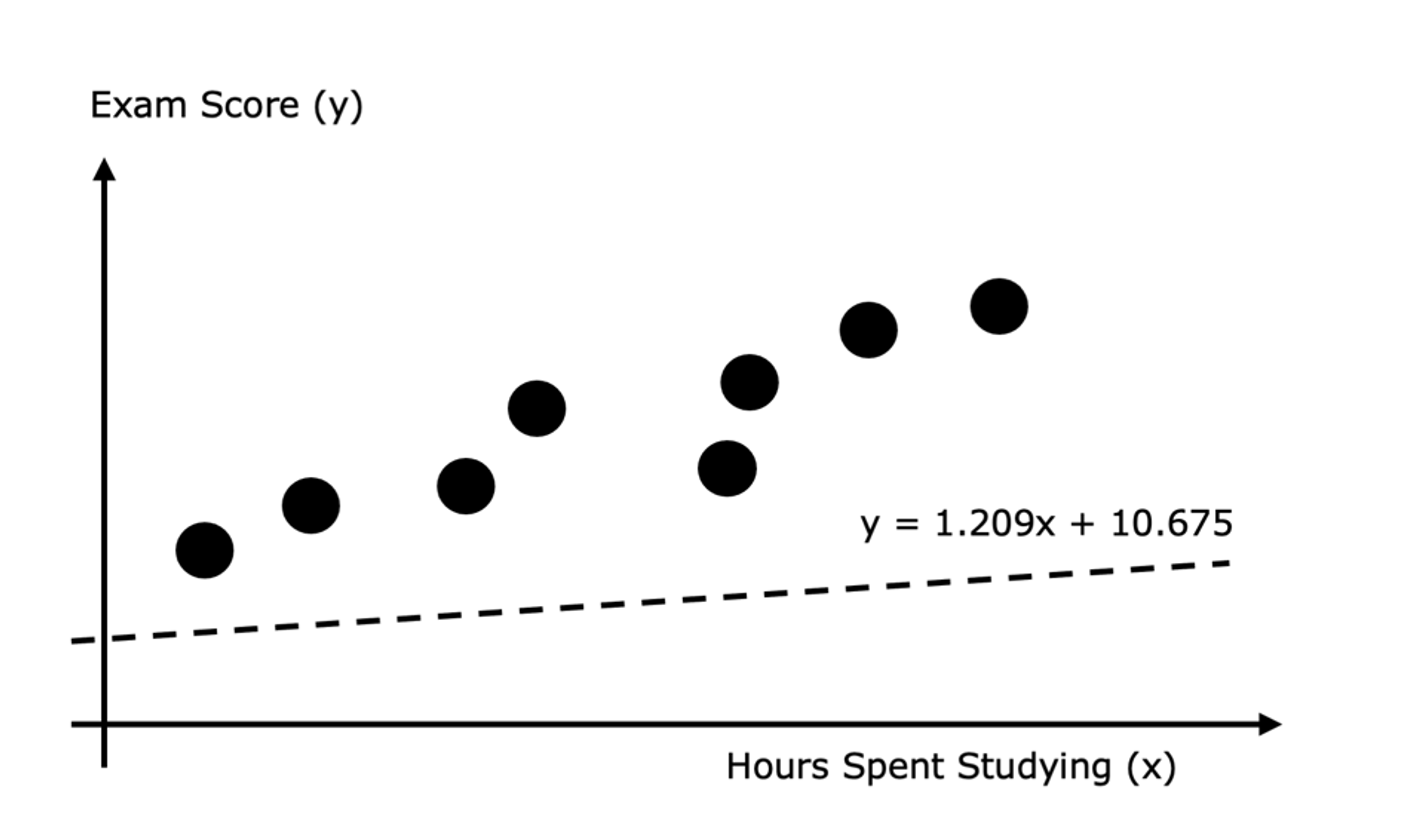 Machine learning models are not required to only have one input variable. For example, let’s say we want to predict the population based on multiple input variables, such as the mean yearly temperature (x1), the proportion of vaccinated individuals (x2), and the time since the point at which the population started being recorded (x3). We could model this with a simple linear equation with multiple inputs:

More generally, a multiple linear regression has the following form:

Just like with nonlinear regression, we proceed with gradient descent as we did before. This time, the parameters of the model, which are trained by gradient descent process, are m1 through mN as well as b.